The first weekend of February is almost over. Now it’s official, the EU lost a country for the first time ( or as we like to say, lost a few pounds but still looking good) and the British are wondering when the Empire’s finally coming back, or if it was just a big old ego game for future King Boris. The EU will decide if they allow him back into the sandbox to play, but one thing is for sure: We see a lot of potential for funny, clever or at least amusing Tweets.

Me: That’s too many kids.

Me: you need to stop saying bad words.

3yo: because the police will be mad at me?

3yo: the police don’t like it when I say fuck you to them.

3yo: dad you laughing or crying?

Just a reminder that nobody knew what was inside Willy Wonka’s factory when the contest happened. So people spent millions trying to find the golden ticket to witness what was most likely a standard assembly line operation.

I don't care that Shakira didn't pay her taxes! Jeff Bezos doesn't either and he didn't release She Wolf

My vial of insulin is about the same price of a nintendo switch lmfao. Imagine having to buy a NINTENDO SWITCH every month.

I only use 1 vial. Some people use SIX!!! SIX NINTENDO SWITCHES EVERY MONTH TIL YOU DIE

BUYING A NEW SWORD
• fast & easy
• you will NOT feel vulnerable
• someone might see you & think „who is the cool person with the sword? I’d like to buy them chicken nuggets in a romantic setting“

both: [turn to camera] RIBS

Who’s bright idea was it to cut spaghetti noodles in the first place? Maybe I don’t want 28 noodles for dinner, but rather, one 28 foot noodle that I can endlessly slurp. Scratch the maybe. 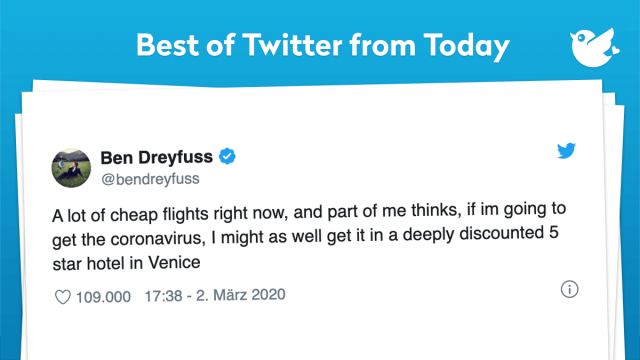 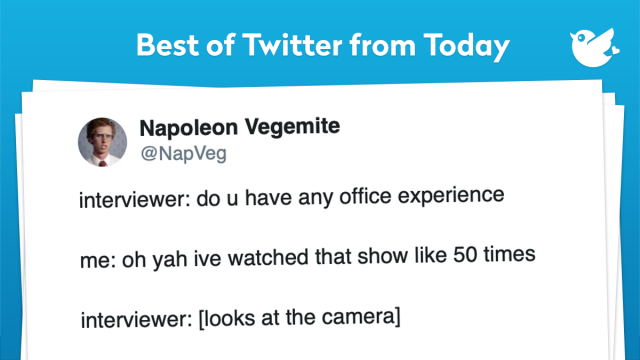 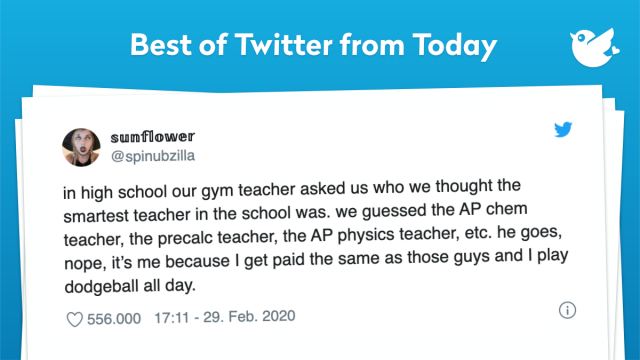 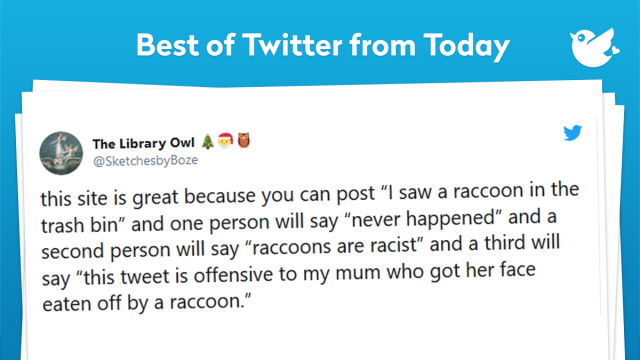