Twitter User @leahck55 asked herself what the hell is going on with Burger King and Budweiser. Because of their recent Twitter Conversation. To understand, you probably have to know the original commercial campaign from 1999. Its things like this, that people love on their favourite brands. 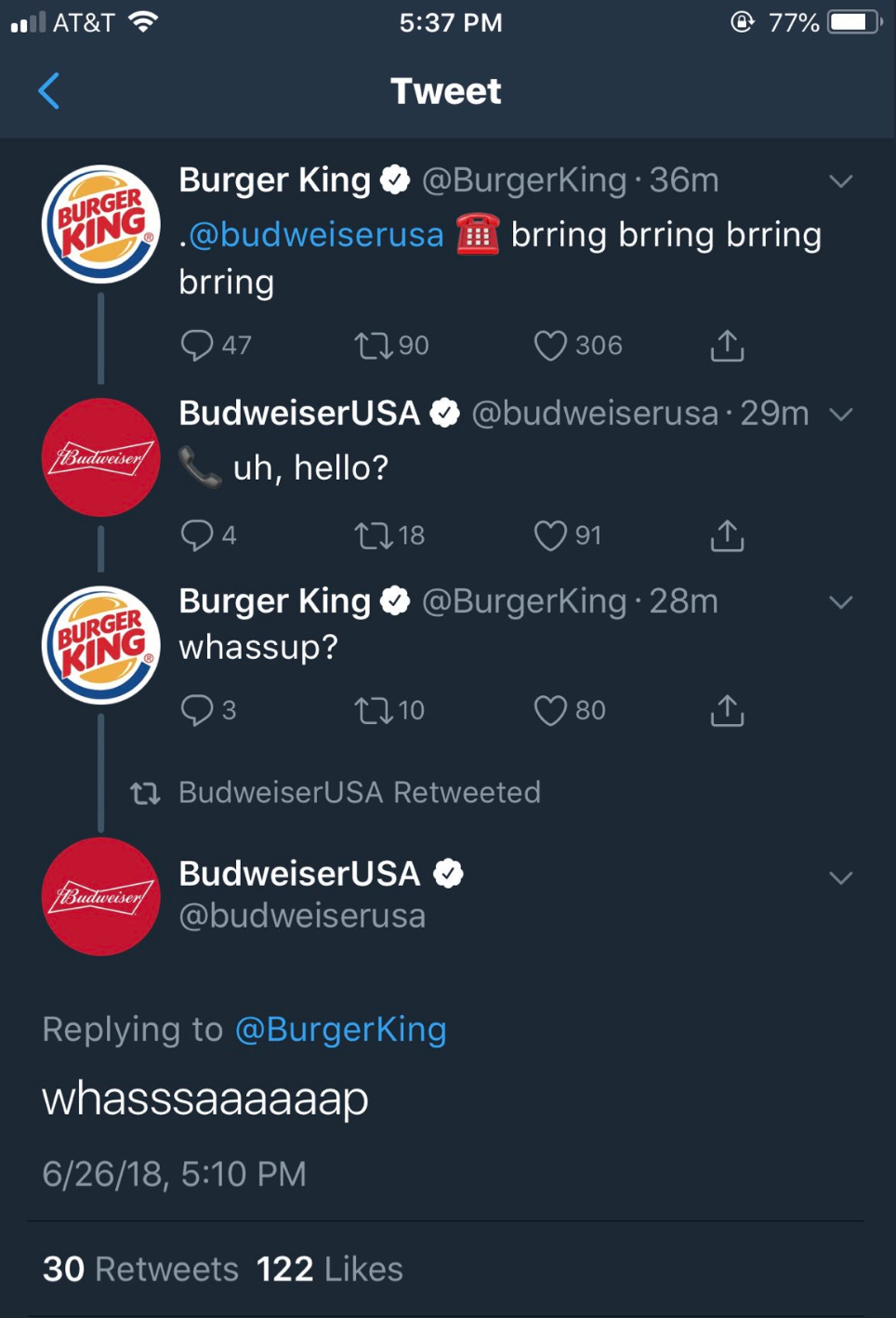 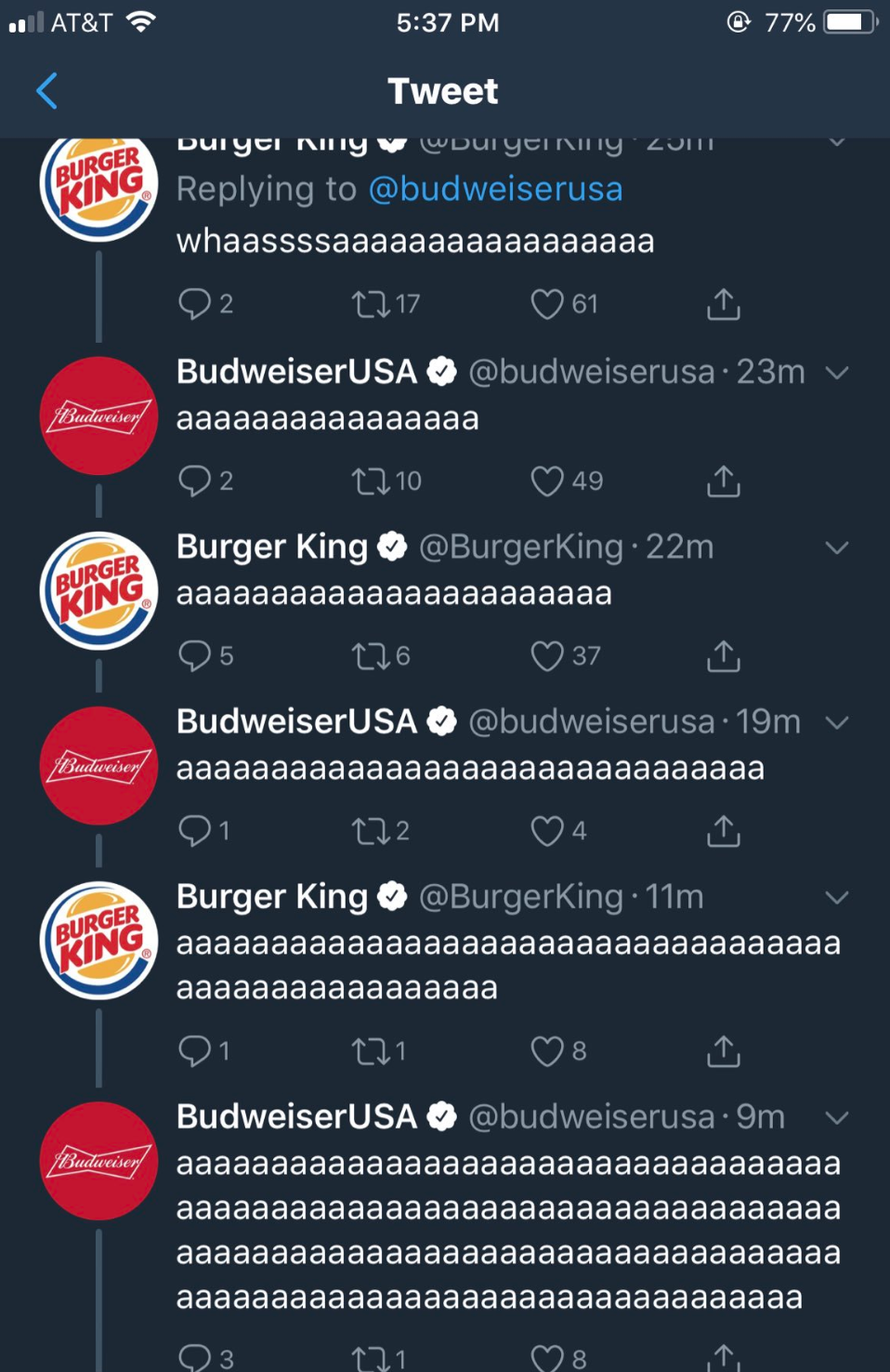 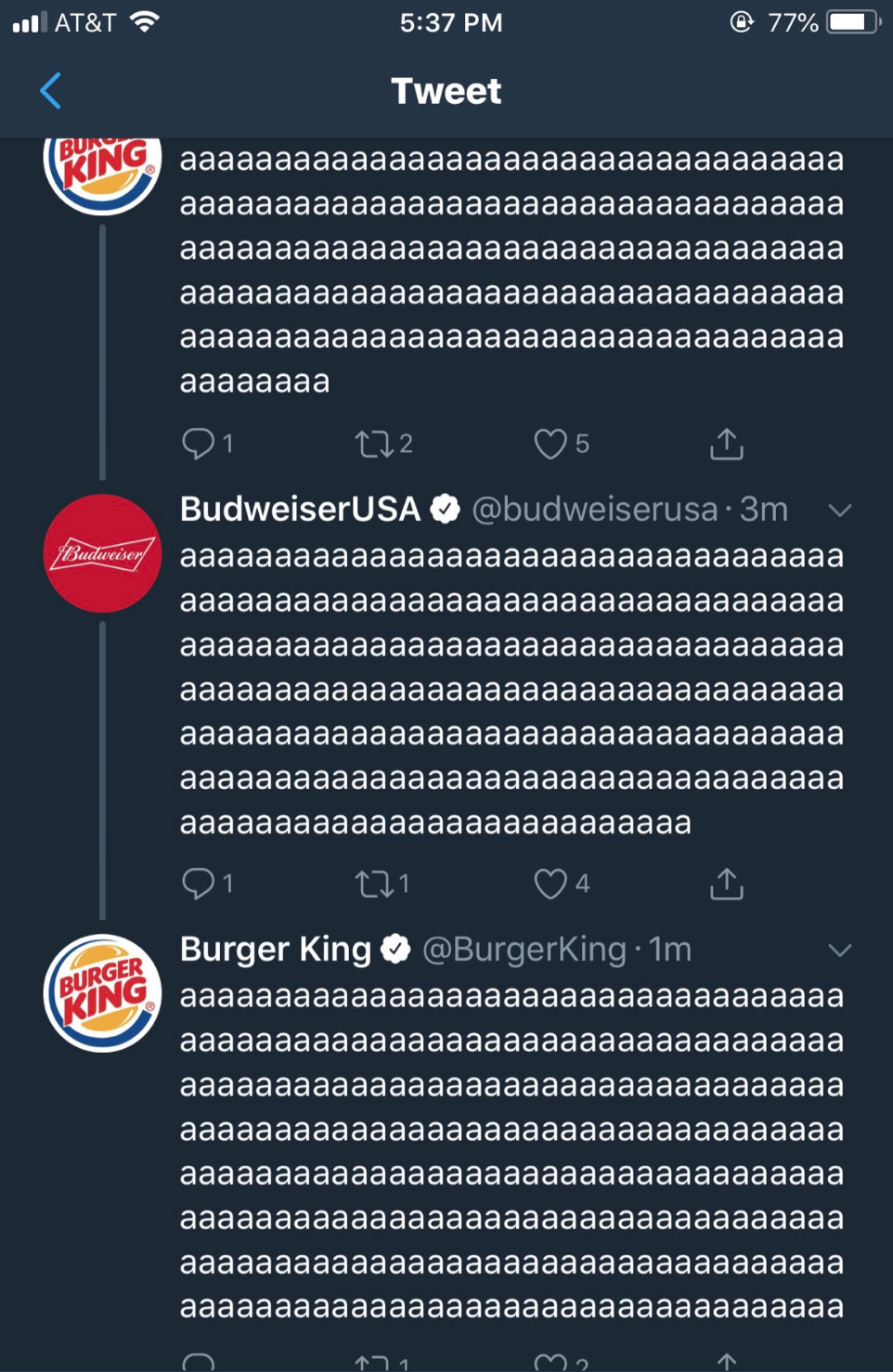 what the hell is going on here lol pic.twitter.com/6hWIwb04Hh